Music is life. Almost everyone agrees with that. Every now and then you might come across someone who says they’re not really into music, but you always look at them a bit funny.

This is because music is one of humanity’s oldest joys. Archaeologists have found instruments dating back over 40,000 years – but they are so complex that some theorise these were developed from older versions going back even further.

But likely, humans had been creating music long before that. The human voice box evolved to its current level around 150,000 years ago, so we had probably been singing for thousands of years before creating instruments.

What this means is that music has been around for so long that it is built into humans as almost an innate instinct. It resonates with some more than others, but its therapeutic capabilities are undeniable. It soothes us and helps us heal in ways that nothing else can. This is where Nordoff Robbins comes in.

Who Are Nordoff Robbins?

Nordoff Robbins’ history extends back over half a century to pianist and composer, Paul Nordoff and special education teacher, Clive Robbins, who initially collaborated to find a way for music to help vulnerable and isolated children.

They coined the term ‘therapy in music’ and worked together for 17 years to develop it into an approach that, today, is used around the world. Now, in the UK Nordoff Robbins is the country’s leading music therapy charity.

While Nordoff Robbins still works extensively within schools and children’s homes up and down the UK, it has evolved far beyond that. They visit care homes and mental health services, hospitals, hospices and neuro-rehab centres, delivering tens of thousands of sessions each year.

There are three main arms to Nordoff Robbins. The first is training new music therapists across the UK to implement the charity’s unique approach to music therapy. Their Masters of Music Therapy course, accredited by Goldsmiths, University of London, is run from their bases in London, Manchester and Newcastle. Once qualified, its graduates are eligible to apply to register as music therapists with the Health and Care Professions Council.

Its second arm is to continue research into music therapy and its benefits. Over the decades it has conducted pioneering research projects that have expanded our understanding of music’s power to help the healing process.

Finally, they then use this information to educate the public and influence policy. The evidence they provide creates a clear case for the holistic use of music therapy in healthcare. Together, these branches have made a lasting impact on the UK’s use of music in schools, therapy and beyond.

While Nordoff Robbins is a charity, it has also cemented itself within the UK music industry with the Silver Clef awards. Over the decades, the event has honoured some of the world’s most influential artists, each one vying for the prestigious Silver Clef Award for their outstanding contribution to UK music.

Recipients over the years have included musical powerhouses, including The Who, David Bowie, Oasis and, most recently, Ed Sheeran. But more than this, over its 45-year history, the awards have raised over £11 million for the charity, money which goes directly to furthering their indispensable contribution to their music.

Unfortunately, the COVID-19 pandemic has forced Nordoff Robbins to cancel this year’s event, leaving the charity without one of its main sources of income. Any small contribution you could make could help them to continue their work helping some of the UK’s most vulnerable.

Say it with Songs is more than a personalised greeting card company. We hope to promote causes like Nordoff Robbins to do our bit to help make the world a little better.

Say it with Songs is a conscious business created from the desire to make people feel special and connected through music. This Guy’s In Love With You 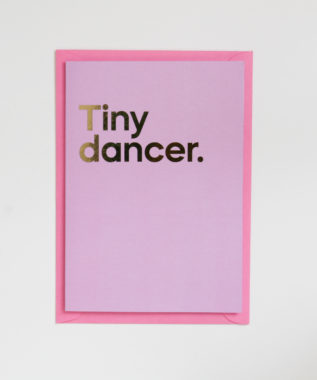 To put it simply; We LOVE songs and the way they make us feel.